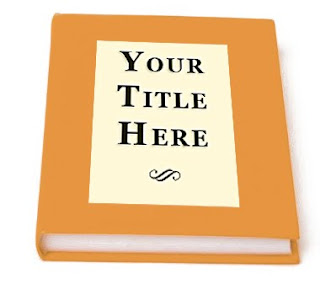 I've been working on this novel since August, and I still don't know what the name of it is. Right now it's saved under "Dirt WIP" because red clay features prominently in the story, and the first short I ever wrote about my fictional town of Bulton, SC was a little story called "Fresh Dirt". I didn't want to stress about the name while I was just beginning the project, so I left it alone and didn't think about it.

Now it's seven months later... and I'm thinking about it. And thinking and thinking and thinking. I want a good title, something that will immediately grab a potential reader's attention. But I don't want something that doesn't make sense with my story. I played around with the idea of using Heartache Tonight for the title, because that song (from the Eagles) was a huge influence on a big scene in the book. But my friend and fellow Reedy River Rat/Guerilla Writer Gail Gray suggested I not use that title, because when it's published I'll want something specific and easy to find via an online search. Makes sense to me.

I've thought about going through some poetry after it's done, specifically Poe, because this is such a gothic-esque horror story. I might also look through the Bible for a good title, because my antagonist quotes the good book quite a bit. Or some song lyrics... I looked through the lyrics for "Heartache Tonight" and most of the rest of the songs on that album, but there's nothing that quite fits. I thought of calling it Bad Season because it's something my protag says about 2/3 of the way through the book. But it's in response to someone talking about baseball... and I just don't know if it fits or not.

I know I should just relax and be patient, because it'll come eventually. I want to know now, though! My instant gratification nerve is kicking in.

How did you guys choose the titles for your novels? Can you offer any suggestions on how I can figure out what mine is?
Posted by B. Miller at 2:05 PM

I have two like that. One I have titled Truck, only because the beginning starts with the protag almost getting hit by a fire truck and I couldn't think of anything. Then I have a dystopic novel and I don't know where it's going yet, so I have no idea what to call it. I think you're right, you wait and see what comes to you. And my novel, Lockdown, I found out a couple weeks ago that there is a best seller right now with the same title. Grrrrr...so I'm looking to change the name of that one.

As writers we have to be patient for so many reasons, no big deal adding one more to the list. :)

My current wip I titled A Desert Place from a Bible verse which had been part of the inspiration of my story. After choosing this I realized the image created by the title symbolizes the condition of where many of my characters are in their lives.

I haven't had to title a novel, but the titles I respond to best as a reader are the ones which riff on a symbol or theme (or both) from the story...

My least favourite are the generic epic fantasy 'X of Y' ones that actually mean nothing at all!

LOL! It took me forever to think of a name for my fiction series. (My non-fiction was far easier.) And then my husband just out of the blue asks "Why not call them The Circle of Friends?"
Think I'll keep him around...

I am the wrong person to help here.
Giving my WIP's a title is a nightmare, and I'm never happy with them.
(i'd rather do the treadmill for 2 hours, or jam a fork in my eye ;)

Like some of the others here, I didn't come up with a title for my novel at first but then it just popped into my head and fit, about 3/4 of the way through. I had also started another novel, even had it in my bio as a WIP titled, "Savage Garden" after a line from Anne Rice. Then one day, I saw the book on the shelf at Barnes & Noble written by someone else! I never finished that novel, although scenes influenced scenes in Shaman Circus since they were both had locales in New Orleans.

Titles are tricky. For the fantasy novel I'm working on the Title is simply the title of the alternate world because I like the simplicity of it. For the non-fiction book I'm half-way through with, I still don't have a title. I bounce around lots of ideas but after a year it is still eluding me. The first title I liked I googled and realized I wouldn't be able to get that domain name and that too many other misc. things used it, so it didn't stand out enough on it's own. It will pop in my head one day when I least expect it. Keep a little notebook and jot down titles that pop in your head.