Update on the Novel, Take 2 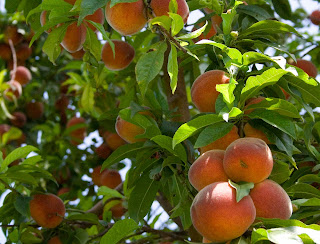 I'm sequestering myself away from the world today. Only stepping out into the internet for a couple of moments, to post on Facebook and give you guys, my amazing group of blogfriends, a much-needed update on the progress of the novel.

For those of you that aren't aware, I've been working on my WIP for several months now, and am nearing its completion. It's been an exhilarating and exhausting experience. This is my first full-length novel and I'm scratched and bruised but have escaped serious injury so far... and I'm having the time of my life. I've learned a lot of things about myself as a writer with this project. Like the fact that I'm not really a short story writer and have been long-distance writing all this time without even knowing it. Or the fact that I'm an extremely linear storyteller and want to plow through the story scene by scene instead of skipping around to write the parts I'm excited about. And the knowledge that my characters have stopped being words on a page and have started being thinking, breathing creatures which I created with my own mind and determination... now that was a killer realization (no pun intended, heh).

I set my book in the South, because I live in South Carolina and I'm frickin in love with this place. It's got a deep mystery which has barely been hinted at in fiction, and I thought it would be the perfect place to set my horror novel. The story is about a man who's trying to reach his dead wife through an old woman who has supernatural abilities. There's a lot more to it than that, of course - like the telepathic cop who's the brother of the dead wife, the peach orchard which was a second home to the bereaved husband, the mysterious murder of a local on a stormy summer night, and the dark entity which manipulates and influences the old woman to stir up a horrifying situation - but that's the basic gist.

Now I'm to the most important part of the book - the next three or four chapters are going to be pivotal and critical to the story. To be honest I'm intimidated by them. There's so much I have to put out there, and I want to get every bit of it right. (Perfectionist much? Sigh.) Really, I just want to make sure I do the story justice. This is the point which people will have been reading the whole book for, and I want it to be as scary and as riveting as it is in my imagination. I'm hoping I can carve out quite a bit of it today and tomorrow during my little writer's retreat in my bedroom - no TV, no phone, no internet, etc - and if you guys get a chance today, send me some positive vibes, ok?

I have 290 pages and 84,000 words. My goal is to reach 100,000 by the first of May. I still think I can do this. I don't believe the story will be finished by 100,000 words, though - I think it'll surpass that by at least a few thousand words. The initial goal I set was to have reached 100K by May 1st, though, so I'm not going to worry too much about whether or not it's finished on the first. I will have it completed sometime in the month of May. And believe me, there will be a PARTY when it's done. All of you are invited too. Hell, I just might throw a contest as well.

Thanks to all my blogger friends who're continually offering support and encouragement through this crazy project. You guys keep me going and you're invaluable. I wish you the best and major success with all the projects you're working on.

Keep at it. You are so close and yes those final pivotal chapters are daunting - but I know you have it in you. I'm going to try and do some writing today as well, although with Kendall here, we'll see. Good luck in your writing cave!

Good luck, hope you're managing to have a quiet day! :)

Good luck! Sending you lots of good writing vibes. Thanks for the update!

This is such an exciting time in writing - pulling together all the plots and making that final push. Enjoy! And good luck too of course :)

I'm sure all your hard work will reap the bnenfits when it is finished.
Good luck.

Keep it up, B.! Sending an abundance of positive thoughts your way!

You can do it!

Sounds like a very good read. Keep up the pace and you'll be finished in no time.

I'm sending you positive vibes; You can do it! I love the supernatural aspect, can't wait to read it~
You should set up a reward system to help you get through this next stage!

I wish you the very best in these end stages! Keep in mind that while you want the ESSENCE to be as good as possible, EVERY great book has rewrites, so the DETAILS don't need to be perfect yet. Don't be too hung up on perfect with draft one. You will get there--I've read your shorts--I'm sure this will be just as sublime by the time it's ready!

You rock girl, I can't wait till I can buy my own copy!

It all sounds very exciting! It's so great that you have come so far AND are really enjoying it in the process! **Sending you good writing mojo**

Guess you won't be twittering much either. You go, guy!

That sounds like a fantastic book and I'd love to read it but I can't read horror.

It also sounds like you are right on target with your goals and what you want to accomplish, so you go! Be as scary as you dare!

Hope you got some great writing time in! Good luck with the draft and don't try to make it too perfect. :)

This sounds fantastic. The premise, the setting, the time you are taking, the plan...Really top-notch. Can't wait to hear more!

Sounds like a good mix for an awesome story. I know you can do it, and that it will be great. Can't wait to see the story in black and white!

Also wanted to mention you'll find an award waiting for you in my Monday morning post.

Wow, your WIP sounds amazing! Congratulations on all of your progress and good luck meeting your May 1st deadline!

I wanted to thank everybody for the good vibes sent my way! My sequestering was pretty successful... I managed to carve out about 7,600 words yesterday and this morning! Thank you so much for your encouragement and cheering... it really kept me going!

ooooh, just by reading your short description, I want to read it...NOW. ; ) so harry up and finish so I can buy a copy.

Oooh you're so close! How exciting!!!