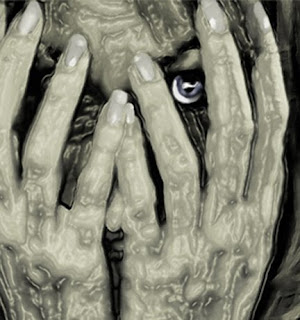 It took me a long time to decide to write a book.

I've been writing for most of my life (since I was four or so). Over the years, especially in my school career, I've written more short stories and poems than I can remember. I went to Governor's School in 1991 and 1993, and went to college on a writing scholarship (a fun but short-lived higher education experience; I left college a year and a half after I started). After college, I kept writing, but didn't get serious about it for several years. When I finally started writing again in the spring of 2000 - this time for an online writing contest at the ACW Club, I wasn't sure if I still had the knack for making things up and writing 'em down. I won the first contest I entered, and two more after that, so my confidence was bolstered and I kept writing stories here and there, never considering sending them out for serious consideration by writing markets.

Until I met my fellow writing compatriot and Reedy River Rat Gail Gray, I'd only gotten the courage to send one of my stories out for publication. I sent it to ten different markets and got rejected ten times. After that I gave up submitting for a while, until Gail convinced me I should try again. The self-doubt was overwhelming, but I finally did it... and to my surprise, the piece was accepted.

What a rush! The self-doubt got beaten back into a corner, squealing in pain (but still alive, oh yes, it's almost impossible to kill - like some kind of mental cockroach *shudders*). I started sending out more pieces, and found a few more homes for my stories. This bolstered my confidence even more, and I realized one day about a year after the first acceptance that I was writing all the time. Short stories and poems, mostly, but still good stuff. I was attending a regular writers' meeting and the quality of my work got better and better. "You should write a book," they told me. "It would be amazing!" Every time I'd bring a new short story to the table, Gail would tell me, "You could turn this into a novel." (Seems like I've been long-distance writing my whole life and didn't know it, heh.)

But still the self-doubt remained. I never finish anything long-term, the self-doubt said disparagingly. I'll just get so far into it and quit. Or that's just too long of a project, the self-doubt would whisper. Why work on something that'll take at least a year to finish and then never get published?

The prologue of the novel came to me one night in early August, and after composing it in a white-hot fever of creativity, I sat back and read over those first few pages, wondering to myself, can I keep this going? Can I actually write a book? Is there enough in this story to make it believable and entertaining? Is this something I...

"Oh, quit it already," I said to myself. "Just do it, for God's sake." For a wonder, the self-doubt shut its mouth and I kept on writing.

Since then, it's crept back over and over again, but I keep beating it back with the biggest stick I can find. I show it all the pages I've written, the encouraging notes from writers' meeting, the way the plot has developed and taken on a mind of its own. When self-doubt whispers that I'm not (flourish of trumpets, please) a REAL WRITER, I remind it to look my writing credits, my query letters for short pieces, and my blog and the people who follow me, because all those things prove that I am what I say I am. I show it my timeline for getting the novel completed and published, and I remind it that I'm using the Clark Kent job as a means to an end to get where I need to be.

And sometimes - MOST times, at least lately, while I'm riding the high of creating this crazy novel - it does.

What do you do to beat your own self-doubt? How do you remind yourself that you are exactly where you're supposed to be?
Posted by B. Miller at 12:35 PM

I think every writer goes through this. But I have realised that no matter how much doubt I have I'm still going to write. So I might as well try to get my writing published - and if it doesn't happen straight away - then so be it.

You have to ask yourself, will you stop writing if you have to wait twenty years to get published? I bet your answer would be 'no'.

Just do it, and enjoy it, and if you get published, look at it as a bonus :) That's they way I handle it.

Great post. Thank you. It really is great to see someone who is having such success against the doubt monster. :)

I still have doubts. Do I have enough in me to do a second book now?
Just keep fighting it!

I had doubts when compiling my poetry book for publication, then I thought hey you have waited some years to get this far are you going to give up now?
well I didn't and boy I was so proud when the finished article was actually in my hands.
I am thinking of a second book but will decide after this challenge.
This challenge has resparkled my enthusiam.
Look forward to your next.
Yvonne

Oh self doubt. Ugh. Thank you so much for your honesty - and for sharing that successful writers fall prey to it, too.

I hate to fail, so writing novels and getting rejected has really knocked me at some points in my writing career. But I persevere! And I just keep writing.

I am still new to this, so filled with doubt. Good for you for sharing this post, it helps us "newbies" to remember, that it is hard work and persistancy that keep everyone going.

I think we all go through that as a writer but for some reason I always just know to go back there. I just go for a walk to clear my head and not let others tell me I can't do something :)

To beat my self doubt back I eat chocolate. To keep going I remind myself if I don't do this, I have to get a 'real' job.

I think doubt makes me mad and that much more determined to proved myself wrong...that sounds a bit crazy...but it works for me.

The self-doubt really hits hard when I read a less than stellar review of one of my books. But not long after, I'll receive and email from a fan who was moved by that very book.
I try and remember this constant ying & yang and aim for an even keel to avoid the self-doubting, depressed phase. And the faster I plow through it all, the less I notice those down moments.

Write through it! Finishing is an aphrodisiac, even if it's not that great. So what, I finished something. That's what I shoot for. Just finishing.

That's what it takes -- what you're doing, with the ups and downs, fits and starts, showing the perserverance to push through the gates of self doubt a press forward. And it helps to have a support system. The above comments are evidence of that.
Lee

First, I love your blog. How have I not visited before?? I plan to add myself as your follower :)

Self-doubt. Yes, each bigger stick snaps at some point and I need to find a stronger, thicker club to beat it back with. My thoughts follow a pattern when self-doubt creeps into my mind. I reassure myself that I never have to actually show anyone my work. It's for me first and foremost, after all. Then I remind myself that every story I've ever written has been met with positive feedback. Oh yes, and there are the writing contests I've won. Remember those? I ask myself. And slowly, the self-doubt slinks, abashed, back into the corner of my mind where we both agree it can live, since we both know it'll never move out for good.

Great post, and I love the artwork you illustrated it with.

Have a wonderful weekend!

I think your accomplishments ALREADY are so amazing, but I hear you on the self doubt. The book I've improved and loved 5 times now is back on the doubt list. I hear it keeps happening, and until it is in print, you keep having these periods of doubt about it (and after that, it isn't so much a flight of doubt as a 'nothing more you can do about it'.

Your skill is ubdoubtable... You'll get there!

Self-doubt is that little red eyed monster that lives in my closet. We all have it and I think most of us fight/wrestle with it more often than we like. When I'm feeling self-doubt, I push myself to work harder and force myself try my best to continue to improve my craft.

I've never met a writer that didn't have any self-doubt.
We're human, and we writers are exposing our soft pink underbelly in so many different ways, it's natural to feel vulnerable and afraid.

Also, like many above mention, having other writer friends that understand this unique lifestyle is paramount to our sanity.