Update on the Novel 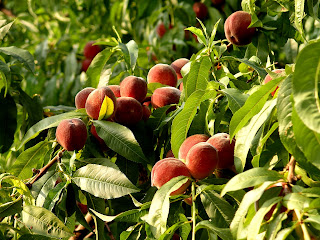 For those of you that aren't aware, I'm writing my first novel, which I expect to be completed the first of May. I've never attempted writing a book before, and I've found this to be the most exhilarating writing experience I've ever had.

It's also the longest experience I've ever had - this is definitely the most prolific thing I've written. I've composed many shorts over the years, and had a few published, but this project left those stories in the dust, length- and content-wise, months ago. It's intimidating to go back over those pages. Sometimes I look at all of them and say, "did I really write all this stuff?? When did that happen?!" It took me a long time to commit to writing a novel because I wasn't sure I had one in me. Now I feel like book-length manuscripts are all I want to write!

Composing a novel-length manuscript is its own emotional roller coaster ride. I've never experienced such amazing highs (and lows) concerning one particular project. I started writing in August of last year, and gave myself nine months to complete the project. It might seem weird, but chose the nine month mark because I feel as if I'm giving birth to something. I kind of think of this book as my first child, and I want to give it enough time to grow and mature and change into whatever it's going to be.

Recently (after hitting 50,000 words last month) I've realized the book has finally become its own entity. Knock out all the supports and props from underneath it and it still stands - shaky, grappling for purchase sometimes, holding on to whatever it can to steady its steps - because it has become its own creature, which lives and breathes through me. Soon it'll be ready to unleash upon an unsuspecting world.

I currently have 217 pages and 63,000 words. My goal is 100,000, and I feel sure I will either meet that goal or come close enough to rock-throwing distance of it by the first of May. I've reached the beginning of the real action in the story, leading up to the climax, and it's so exciting! I can't stop writing. The story has taken me over.

I've also learned so much about my own novel writing process with this project. I'm sure the next baby will be born after less than nine months... and it'll be an easier delivery, too.

It's a strange piece of horror I'm composing, one that includes ghosts, telepathy, peach orchards, red clay, witchy women, death, insanity... all tied together by the dark undulating ribbon of Southern culture. I can't wait for it to be done.
Posted by B. Miller at 12:56 PM

And yeah, it does take on a life of its own.

Hey thanks for stopping by my blog. Let just tell you it took me over 2 years to complete my second novel and almost 5 to get my first novel published. So good luck in your ventures! I wish you the best!

I will almost be sad to see it finished, as I feel like one of the midwives and once it's born it will be out in the world. I'll no longer be one of its guardians. I'll miss all the characters I've grown to love and fear over the past months and I'll wonder when I'll be drawn back to Bulton, SC and its strange happenings.

Your novel sounds intriguing-- sign me up when it's done! Meanwhile, I look forward to following your writing journey!

Writing your first novel is an accomplishment. Because I write MG and YA, none of my manuscripts are more than about 65k. Good luck!

A suggestion: start a second book immediately. I found myself--to piggyback on Gail's metaphor--feeling major separation anxiety when I finished my memoir. It was my company for years, and then, suddenly: gone.
So, my best advice is to keep writing, no matter what. And this way, publication will be merely the background music to your passion.

I'm still having no luck with the 'following'...something is glitching with google on me. But I have you in my bookmarks, I am keeping up with you.

Thanks for all the sweet comments.
Write on,
Lola

Thanks for all the wonderful comments!

Yes, "done" in this case means first draft completed and the story finished. I can't wait for that to happen!

I also have an idea for a second novel currently vegetating at the back of my brain. I had a brain tornado about it the other evening, and made some notes about ideas, but I'm letting it sit for now while I get this one finished.

I certainly would never have gotten this far without the constant love, help and support from my writers' group, specifically Gail... "midwife" is such an appropriate term!

Again, thanks for all the kind words. :)

Congrats to you on your accomplishment! I am also just starting my first project, and let's say a little more than overwhelmed. I hope to see myself in your place soon though!